At a Private tasting of cigars and Brandy in Athens.

Victorian ladies did not smoke and insisted that their husbands confine this mannish activity and the jacket to go with it to another room.

From that time through the early 1920s, black-tie attire was deemed acceptable in the privacy of one’s home or club, with the consensus of the cutoff tailcoat, single-breasted with a roll collar (shawl) in black worsted wool, and black silk facings on the lapels, sported as the “smoking jacket” by the English gentry. 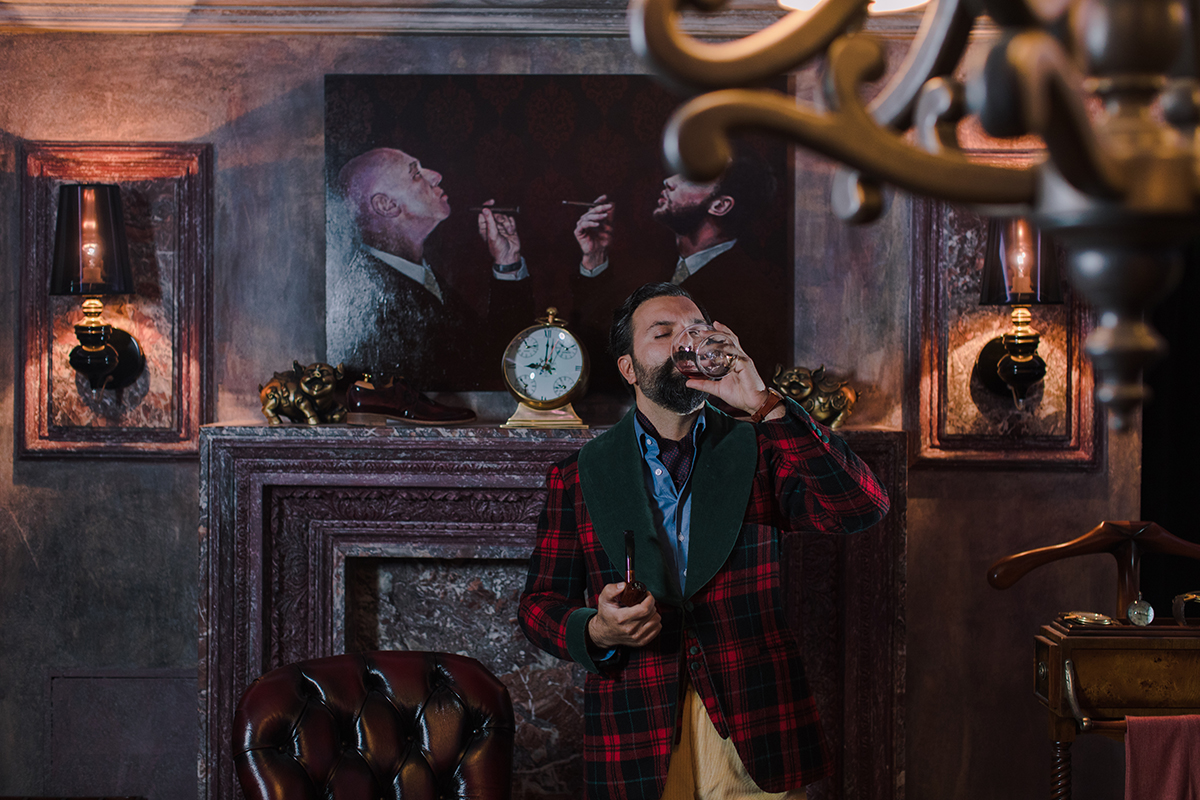 The 1920’s produced menswear’s first unofficial designer, the clothes-conscious and a bit of a maverick Prince of Wales, later King and eventually the Duke of Windsor.

In terms of his smoking jacket selections and the design coup they brought about, no other era could have produced such a sartorial success… or, so I thought until I came to discover the innovative new entry in the gentlemen’s sartorial promptory, and the soigné of unimpeachable refinement in the design of Valentino and Nicola Ricci of sartoria Sciamat. 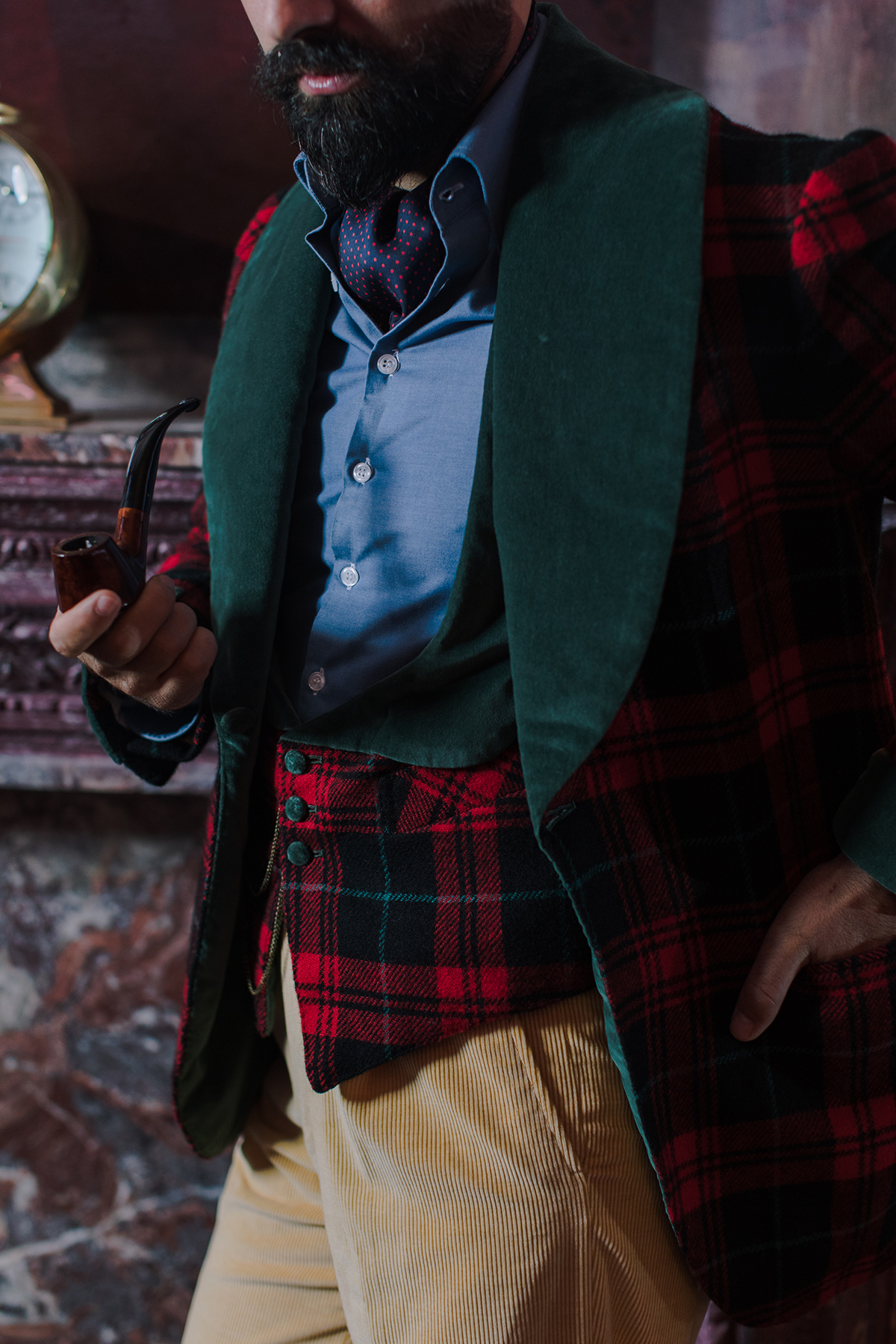 If a man’s suit ranks as his most articulate garment during the day, then his Sciamat formalwear bespeaks eloquence at night.

Sleek, but never stuffy, the opulent Sciamat tuxedo and waistcoat from Bespoke Athens is an ultimate go-to for a festive private tasting of cigars and brandy at the eclectic Barstronomy 42 downtown. 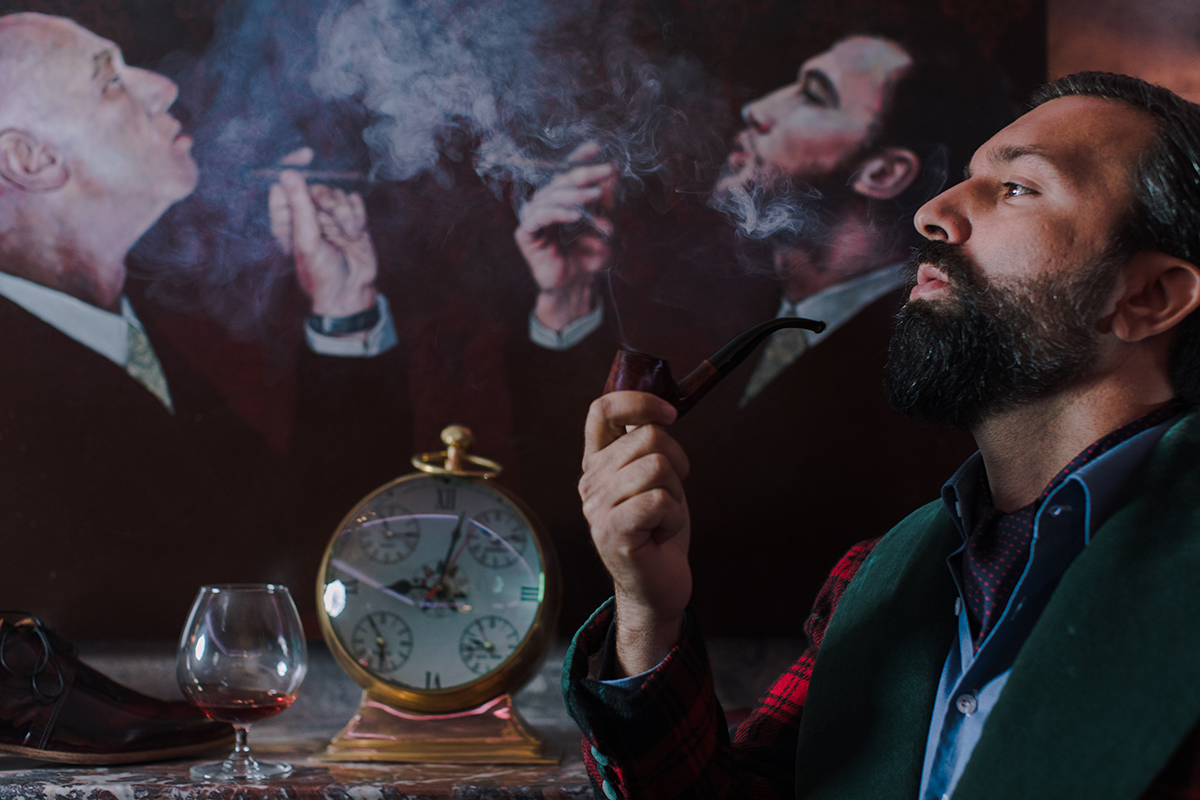 Knowledgeably worn with a pair of cashmere corduroy Oxford trousers and an Ascot silk foulard in lieu of the wing collar bow-tie from Bespoke Athens, the shirt is a nod to Valentino Sciamat’s love for denim.

Intriguingly made from tartan wool the single-breasted one button features velvet shawl lapels, welt pockets on the hips and comes fully lined in velvet. Accompanied by its matching tartan waistcoat, this last vestige of upper-class dress remains a symbol of gracious living and pays tribute to the sport of connoisseurship as well as to the evening’s host. 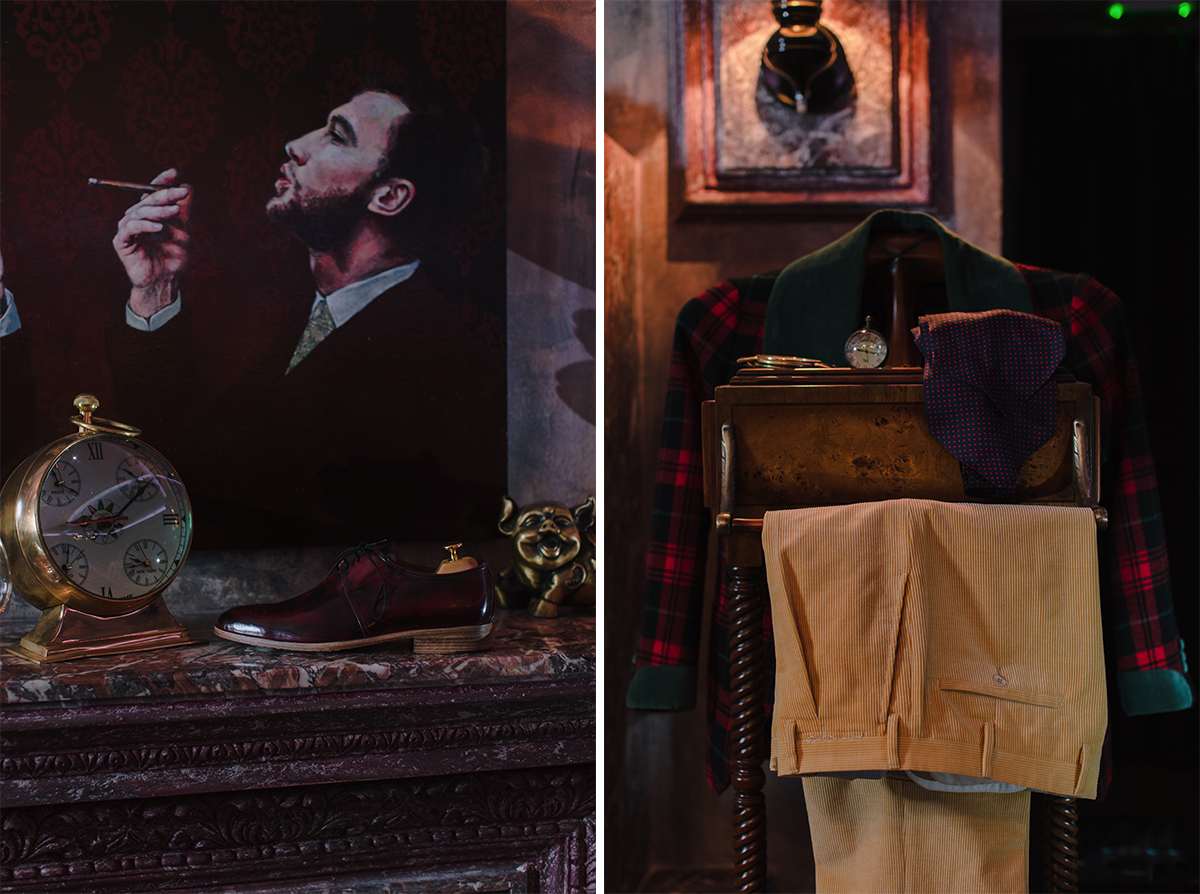 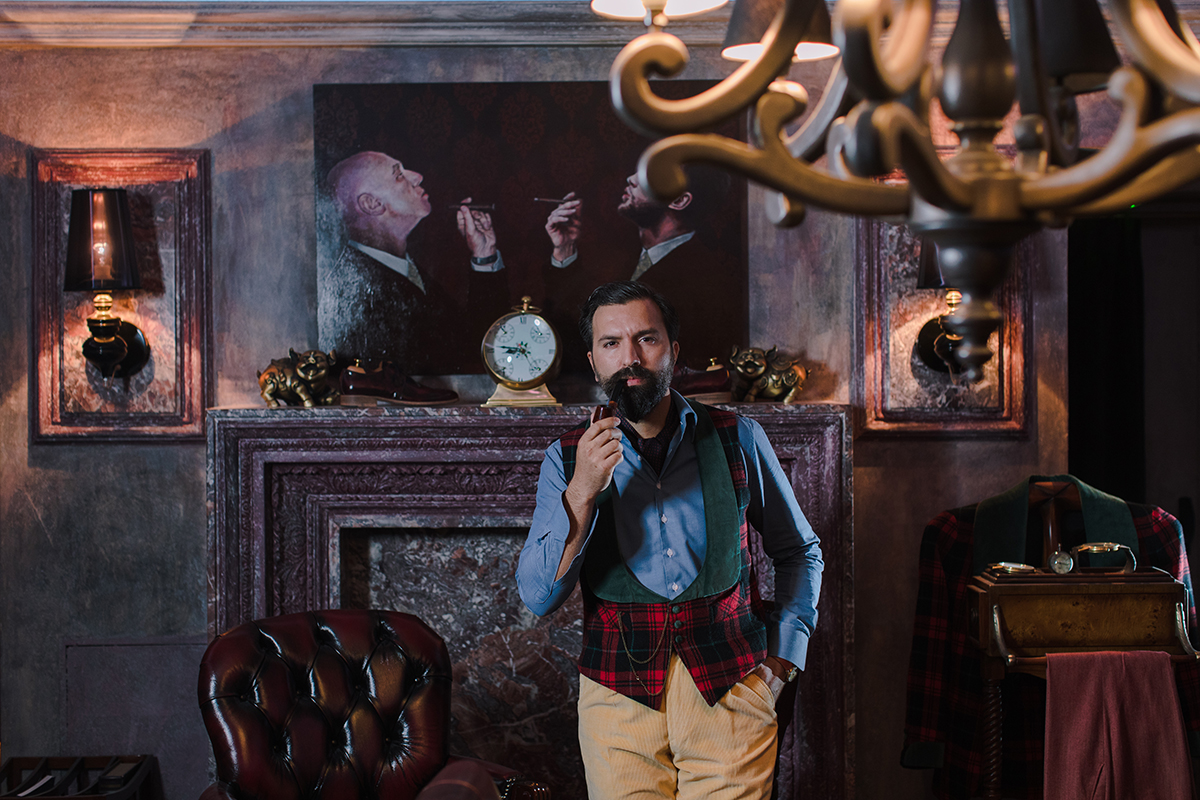 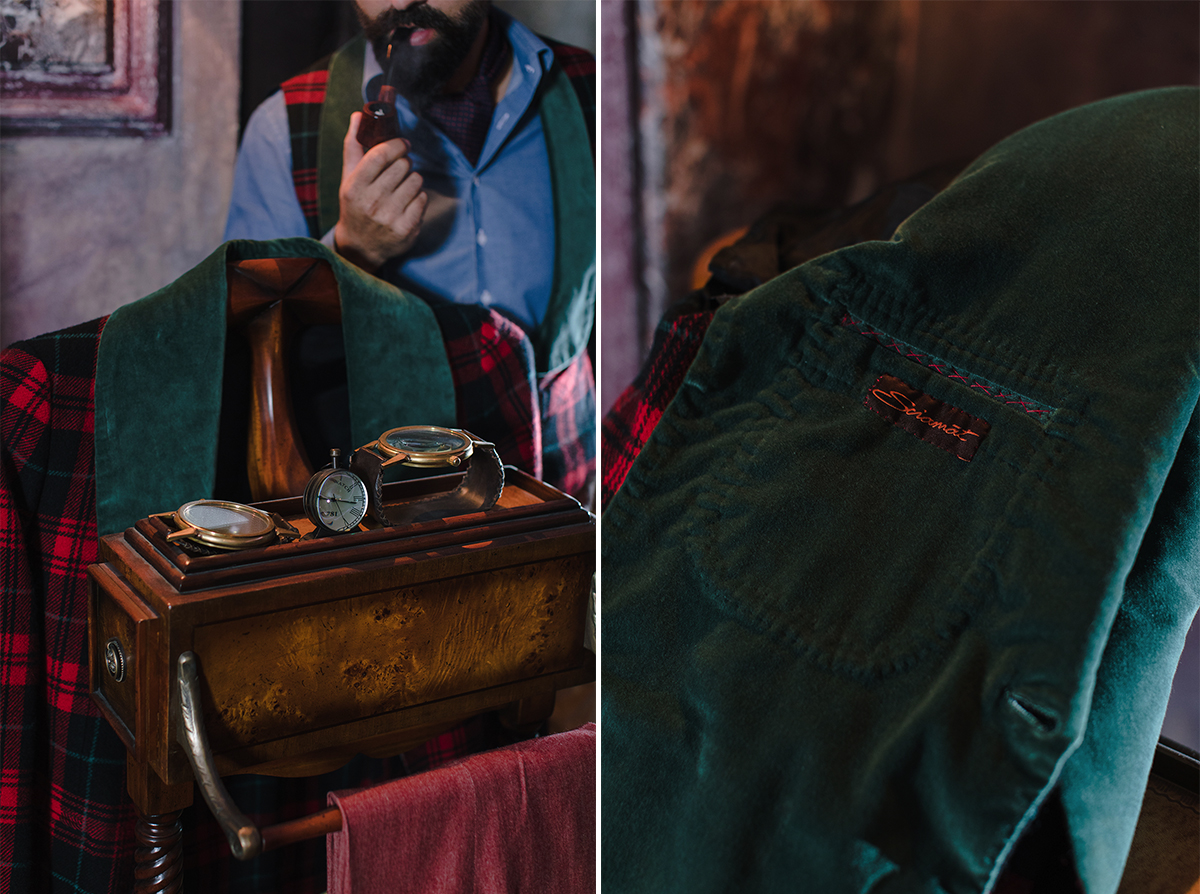 Special thanks to 42 Barstronomy Athens for the hospitality! 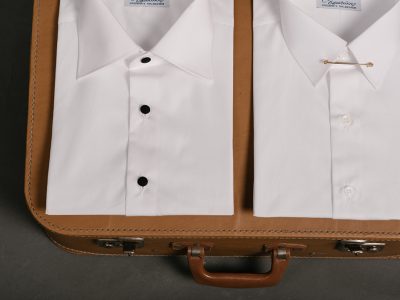